Hey friends, it's been a good two years or more here on Blogspot, but it's time to do things my own way- (meaning writing a lot more html code and having trouble figuring out widgets that are not automatic like blogspot widgets). That said, though there are still a few little things to tweak (still trying to get a good blog roll widget going- happy to take suggestions),I am officially no longer blogging here at blogspot.

"Bulletin Board of the Brain can now be found at this NEW LOCATION.

Adjust google readers, blog feeders and widget meters accordingly. Gracious adoration goes to Josue Blanco both for the re-design, and the goad to become kjswanson.com. 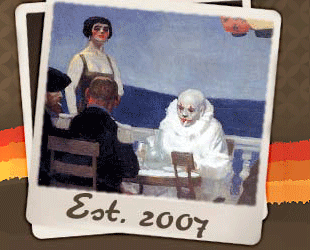 See you on the new page!

Can I Just Clarify One Thing Real Quickly Here?

"...one of the problems with women taking full leadership is that it inevitably involves a collapsing of the distinctions between the sexes."

--Thomas R. Schreiner in his conluding statements about contemporary application of 1 Corinthians 11:2-16, in Recovering Biblical Manhood and Womanhood: A Response to Evangelical Feminism, edited by J. Piper and W. Grudem. Wheaton: Crossway, 1991.


It's probably irresponsible or lazy for me to just throw this quote out here without offering an in-depth response or critique, but as I sit here reading this text, researching "Male-Headship" readings of 1 Corinthians, I just want to go on record to say that as women continue to take on full leadership roles both in church and society, it will highlight the distinctions between the sexes, not collapse them. That's the whole point, from my perspective. I want women in leadership because they will lead as women, not lead as men. Only then can we experience a reframing/healing/redesign of what we have only been offered from male paradigms.

An egalitarian society does not equal an un-gendered society.

There's A Whole Chapter On Cannibalism And I'm Not Sure Why

The Hungry Soul: Eating and the Perfecting of Our Nature by Leon R. Kass

Kass's philosophical exploration of the human need and habits around food, seems to depend largely on Western, modernist notions of self-perfection through progress. Kass appears to equate human civilization with virtue, (references to animals always being pejorative) and rarely accounts for the psychological constraints of culture and society that produced much of the manners/customs he seems to praise as progress. The book has intriguing arguments, but only in the context of a larger conversation about food and human/cultural identity. It's often hard to tell if Kass is asserting what he believes or merely reporting trends. As such, I found myself pushing against much of his claims, while not knowing if he was actually claiming the idea I was pushing against.

Everyone watch this film. Right Now.
Posted by Kj at 1:39 AM 2 comments:

I follow The Criterion Collection and get updates on their film releases, etc. Like most non-uber-avant-garde-film-buff people, the only Criterion Collection films I own are by Wes Anderson, but I like getting regular updates about Belgian films from the 70's that I've never heard of. It's my version of CNN.

But tonight, scrolling through my Twitter updates, I saw this,

wherein I little did a double take at the name Caitlin Kuhwald, one of the most talented people I knew in high school, and that's saying something. Caitlin actaully left SCPA (The San Diego School For Creative And Performing Arts) a bit after junior high to go to COSA (Coronado School of the Arts) but she's still a formative member of our ever-aging gang of SCPA class of '98ers, despite the fact that she wore a green gown at her graduation and we wore white.

Caitlin was actually the first (and to some extent, still the only) person I ever went on a road trip with. We drove from San Diego up Highway 101 and spent a bit of time in San Francisco then spent a week with our friend Christa who was staying with her Dad in the awesomely small town of Susanville, CA. While there, Caitlin painted a mural inside Christa's house. We stayed up late at night writing satirical pop songs (I still know most of the words to "90's Girl") and watching "Say Antyhing". (Actually, come to think of it- any Bennington people who remember my "stand-up" routine of fake indie girl band- that song "I'll be True" was written that week- Kim, you know what I'm talking about--oh the history!!)

Also, the only time I've ever been to Chicago was to visit Caitlin at her Dad's house. It's pretty amazing the more I think about it, how many places are marked by Caitlin's presence in my memory and her art in actuality. (Not to mention to full page in the back of my 8th grade yearbook where she drew an unbelievably accurate picture of the guy I like-liked.)

Caitlin has moved on from yearbooks and onto the cover of Criterion's releases of Heaven Can Wait, The Thief of Baghdad and Amarcord. See her Top 10 Criterion favorites here.

Congratulations Caitlin. I'm so excited that your art will grace so many homes- in prized movie collections. Glad I already have some treasured Kuhwald's of my own, and some truly wonderful memories (and trip photo albums- especially the black and whites from the graveyard that day...) .
Posted by Kj at 2:02 AM No comments:

Confession- this isn't really a review so much as knee-jerk response. I gave up watching the series after only 2 episodes. When asked why, this was my answer: 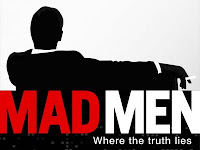 "Well- it just didn't grab me, for one. The directing and pacing is really odd. And it seems way too amused by its cultural differences and historical no-nos, like we're supposed to say every five minutes "Oh my, they were so ignorant and inappropriate back then!" and to me, that's not the same as immersing the viewer in a different time/culture or good storytelling for that matter. Seems gratuitously self-indulgent, like someone overusing the f-word once they realize they can say it without being punished by their parents."

Though I'll add one thing: nice to see Christina Hendricks featured on a series. And admittedly, I'll likely give the series another chance eventually. But for now, so long boring chauvinists.
Posted by Kj at 12:30 PM 1 comment:

Blaine has been collecting 100 Words from various folk and topics (presumably) connected to them. He gave me "Reading". There's a lot I would want to say about reading, and have previously given 100 words to Story for Joshua. But I went with the first thing I tend to think of with reading, and of course, it's about how much I want a time machine. Here's my 100 Words. 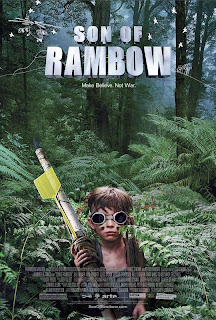 It's like Wes Anderson's foreign exchange student overdosed on cough syrup then had ecstatic visions of religious fundamentalism, then made a movie about his boyhood fantasies.

Is Fox Playing With Dolls? 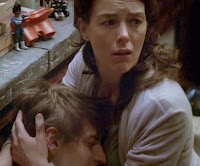 Ian wrote an excellent post reviewing the Season 2 premier of Joss Whedon's Fox series Dollhouse. While still paling in comparison to the brilliance of Firefly and creativity of Buffy the vampire Slayer, Dollhouse has the seeds of a great series. The unaired 13th episode of the first season, "Epitaph One", especially, is a knock-out, nearly perfect television episode that launches the series ten years into the future and 10,000 brilliant degrees deeper into the shows potential trajectory. Season 2 is expected to show much of what leads up to Epitaph One. 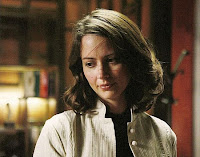 I posted a comment on Ian's blog, and decided to re-post it here for any of you that might be Dollhouse folk. I have some issues with how the series has been going, that were still present in this Season 2 premiere. I hope it's just the dregs of Fox producers' requirements on the show that will hopefully become unnecessary as the show gets better and better: more Joss, less Fox. Here's my response to Ian.

"I also was very very pleased with the season 2 premiere. Especially, since I re-watched 'Epitaph One' right before and there were totally references to that episode (or rather, this episode foreshadowed Epitaph One's events)- particularly Topher saying "I know what I know"

What did hugely disappoint however, was the Echo/Jamie Bamber sex scene which felt totally gratuitous since we didn't know or care about those characters- just felt like awkward, un-sexy "SEXY" scenes. Would have been better if it just showed the married couple together in bed the next morning, then cut to the shot of Ballard alone on the stakeout sofa. Would have said so much more about the relationships- without the grody muscle make out scenes devoid of feeling or intelligent storytelling. 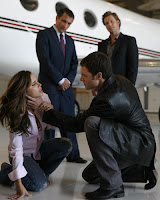 Also, I have PROBLEMS with the whole Ballard beating up Echo to trigger her into being a weapon/defending herself. I just don't think its okay or acceptable to show men brutalizing women. Culturally, its just way too loaded to have that be part of entertainment.

But those are issues that are pretty connected to the shows themes- and someone could argue that my discomfort is what was intended- but if so, those scenes are so poorly integrated compared to the rest of how the show works. Basically, those feel like the "FOX" scenes; violence and sex for entertainment, rather than as truthful storytelling. I'm not against violence and sex in film- but is it honest? These scenes felt pornographic, in the sense of being objectifying and without integrity.

Hopefully Joss will hold down the fort and keep it about character and narrative from here on, not just ex-Battlestar Gallactica actors getting down and dirty. 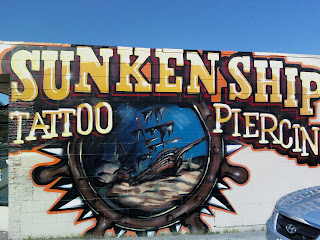 ...to schedule an appontment for Friday, October 16.
Visit Tattoo Me to learn how you can help do just that.


(You'll also get a pseudo-preview of my soon-to-be-released new blog site)
Posted by Kj at 9:06 PM No comments: