(in no particular order)

1) Blog about the transcendent experience of watching the Oscars

4) Transfer Ian's and my paper from GoogleDocs to Word, and add footnotes

5) Print out a bunch of copies of said paper

7) Get on a plane to Albuquerque

8) Hang out at the Hyatt regency all weekend for the American/Popular Culture Association's 2009 Conference!

9) Present our 10,000 word paper on "Firefly", fundamentalism and loss of self. Whoopee!

This is not "my" interview with them, but it tells you what you need to know. I think they're gonna pull it off.

I know that live music matters. The audeince/performer relationship creates something entirely unique and visceral, which cannot be captured in recordings. And yet going to concerts has never been a part of my life. I've some theories: 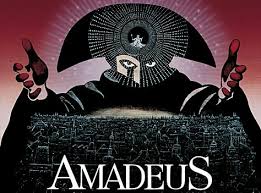 1) For all the movies and theatre my parents took us to as early as age three, concerts never made it on the roster. There's a basic lack of enculturation there. 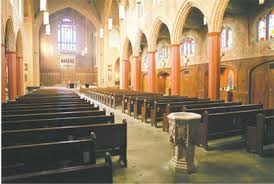 2) Most of the music I listen to is by dead people or groups that disbanded thirty years ago. So, in fact, one of the few concerts I've seen in the past five years was The Tudor Choir performing 16th choral music... 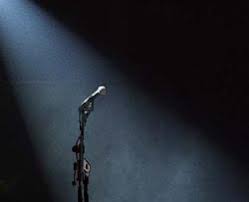 3) In non-professional settings, the agony of watching insecure/bad musicians is too much for me. I feel such a responsibility to pay attention and make them feel they're doing well, that I'm too stressed out to enjoy the good people once they get onstage.


But when our new roommate moved in last month, having just returned from living in Ireland off and on the past few years, and told us that an Irish singer she LOVED would be playing The Triple Door the day after Valentines, I took the plunge. I'm glad I did.

A) Everyone and their mother is always going to The Triple Door to see someone or other, so I figured it must be a pretty decent venue. I was not prepared for it be an "experience." The atmosphere is somewhere between 1920's music club and a private concert hall. The walls glow with gilded framing and the stage cyc is covered in starlight. It's gorgeous.

B) Lisa Hannigan has phenomenal stage presence. She rocks to and fro, gesturing like a Balinese shadow puppet, but somehow doesn't look wierd. While vocally, she's a bit more Meow-Lar** than I prefer, the band's musicality, lyrics and all around performance were stellar- as in pertaining stars and galaxies.

C) The thing I forget about live music is that you get to hear things the performers would never put on an album. In this case, my ticket price alone was worth their encore cover of Iron & Wine's "Free Until They Cut Me Down." It started basically like Sam Beam's version, with breathy whispers and muted harmonies. Then suddenly, on the second and third instrumental breaks, the stage, which for the whole night had remained in the realm of dulcet, dangling doo-wahs, erupted like a fire-breathing Rock Dragon. Seriously, something dark and adrenalized flared up in the musicians, and the entire room was changed. It was freaking ridiculously awesome.

A good reminder of why live music matters.

I was recently "found" and friended on Facebook by a swell chap with whom I worked my first year in NY. Turns out that he's now working for Oxford University Press. In our "what's up" messaging back and forth, I oh-so-casually joked about what books he was planning on sending me for free. He responded seriously with my options: to pick something from the Oxford World Classics imprint.

WAAAAAAAHOOOOOOOO! I responded, and proceeded to spend a delicious hour and a half scanning through OUP's 1086 titles in the literature section and narrowed it down to three. It was a tricky process from the get go because for most literature, I like to buy Modern Library Classics. However, for less "blockbuster" classics, Oxford are the reliable folk. The only people who publish more than three Thomas Hardy novels, OUP seems to be the caretakers of the novels that only scholars seem to read anymore. But I think that's just because stupid Barnes & Noble will only print 3 of anything by anyone so no one knows anything else exists. I dare you to find a copy "Adam Bede" in any Barnes & Noble.

So the three finalists were:

North and South by Elizabeth Gaskell.
OUP are the only publishers of this classic presently, and having just read Gaskell's "Wives and Daughters", it would be nice to read a book that she actually finished before dying.

"The Tenant of Wildfell Hall" by Anne Bronte.
Arguably the least strong novel of the least praised Bronte sister, but as this is the only book of the Charlotte, Emily, Anne cannon that I haven't read, I need to get to it evetually. And again, a book that most publishers ignore.

"The Vicar of Wakefield" by Oliver Goldsmith.
This 18th century novel is the novel mentioned in pretty much every 19th century novel. Just this past year it popped up in my reading of George Eliot's "Middlemarch" and Charlotte Bronte's "Villette". Jane Austen, Mary Shelley, Louisa May Alcott, Dickens and Goethe all mention it in at least one of their novels. According to my memory, in those books the characters either mock it as something shallow people read or praise it as the best novel of its day. So I'm curious to read the book that so many of my favorite authors read.

Hence, that's the one I chose. And again, Oxford University Press are pretty much the only ones who publish it, so this was a perfect use of my freebie! Thank you you-know-who and thank you Facebook for faciliating reconnection with awesome people and new book friends as well.
Posted by Kj at 11:57 PM 1 comment:

Sure I'll Read Your Screenplay and Meet Your Producer and Director...

I was sitting in my school library working on a paper when suddenly a friend drew near and excitedly pitched/invited me into a totally unasked for and thus even more cool opportunity. Through some spur-of-the-moment conversations with some MHGS people, author Donald Miller is coming to MHGS this Thursday to garner support and interest in the film being produced of his book Blue Like Jazz, the darling book of progressive Evangelicals, ex-Evanglicals, Evangelicals, and a whole bunch of people that aren't any of those things.

I've been invited to co-facilitate a panel discussion with Don, his co-screenwriter and director Steve Taylor and hopefully their producing partner as well. I and another student (the friend mentioned above) will ask general-

"What's up with making a screenplay out of a book subtitled 'Nonreligious Thoughts On Chrsitian Spirituality?" kind of questions, but mostly, we're hoping to engage them around what's it like to step into that muddy land of artistic expression and theological questioning/prophetic culture call-outing, etc. Not sure what I want to ask other than "Hey Donald Miller, did you see John Patrick Shanley's 'Doubt', because an important character in the film has your same name and it gets said over and over and over and do you think that could work promotionally?" But maybe I'll ask that at the refreshment table.

So if you're in the area, come on down to Mars Hill Graduate School this Thursday, Feb 12 and about 1:15 and join the conversation. I just read the screenplay, and having read at least 500 un-produced scripts and screenplays in my time, this one is definitely in the top tier of make-ability. Good signs were the fact that I laughed outloud twice, and for the most part, could hear the characters' voices. (Now I just need to read the book in the next 24 hours. I missed that bandwagon back in 2004 somehow).
Posted by Kj at 12:51 AM 5 comments:

I found myself with an assignment this weekend to create a prayer mandala. It's been awhile since I whipped out the crayons and colored pencils. So long, in fact, that I realized I don't have any of my own here in Seattle, and thus had to borrow from a roomate's supply. Coloring has always been a meditative practice for me, whether it was making pages and pages of layered color squares when I was ten, or cutting into Discrete Math homework time with meticulously shaded coloring book pages of Pocahontas in 10th grade with Christa. There are tons of pictures of me as a kid with a concentrated stare, markers in hand, and my tongue hanging out- apparently I can't draw without using my face. I discovered that hasn't changed. As I drew the big circle, I noticed that my jaw was agape and I was pushing my tongue against the back of my teeth (for balance perhaps?).

The finished product is something akin to what I had in my mind, though I tried really hard not to plan but just let it spiral as it wanted to. (It wasn't, however, supposed to evoke tie-dye as I now think it does) And as always, I couldn't refrain from using text. The text may be abstracted and manic, but I couldn't complete the circle without using words.

I don't know how I feel about the mandala I made, or the experience of making it, but it stuck out as such an "other" experience compared to everything else I do on a daily basis that that in itself seem worth noting.
Posted by Kj at 11:35 PM 1 comment:

More Couture Than I Knew

Kim wrote a post about Garter Stitch Knits making a lot of runway appearances lately, and as I read her post, was thinking, "Hmm- the last 16 things I've made were all garter stitch. I am cool."

Then as I continued to scroll, Boom! There were pictures of my scarves as examples of said sticth. I love sharing blog mentions with Gianfranco Ferre.

Going to this Tonight

Happening now through Sunday
Posted by Kj at 11:29 PM 1 comment:

Bread that Breaks You Right Back

Take This Bread: A Radical Conversion by Sara Miles

The subtitle of Sara Miles' spiritual memoir is "a Radical Conversion" and those two words, along with the amazingly entrancing and appetizing peanut butter and jelly sandwich with a cross marked through it that occupies the book cover, pretty much say everything there is to say about this profound and utterly simple book. Miles' story is Radical because she is radical, but also because her revelation is so entirely basic. She's drawn into Christian faith through food- the most basic sustaining force for humanity other than blood and air I guess. And her Conversion converted me, over and over, because it wasn't about her becoming someone new, different, more- it was about becoming less, giving up what got in the way of what she understood as the Gospel: "feed my sheep".

This leftist lesbian journalist with a passion for kitchens and Latin American liberation has written the truest account of what Christian life is and should be, that I have ever read- the gospel according to Sara Miles sounds more like Jesus than anything I've yet to encounter- seriously. (Okay, so maybe not including the Bible, but frankly, she gives the Book of John some serious competition). So my statements sound hyperbolic, but I am not trying to be. This book will disrupt your comfort level no matter how liberal or conservative you are. The call is clear- communion means unity because of difference, not in-spite of it, and the primal gift of sharing food with one another may be the most visual and potent expression of love on the planet.

Yep- this book- I liked.